On 2nd of March, Humans of Albania and Serbia contributor, Mladen Milutinovic, took part in the first meeting of the OSCE Group of Friends of Youth and Security in 2018 in Vienna. He presented Imaginary Distance project, namely main findings of the research on the social distance between youth from Albania and Serbia.

OSCE Group of Friends of Youth and Security meeting

The Group of Friends of Youth and Security (FYS), established in 2015, is a unique Vienna-based forum specifically focused on the Youth and Security agenda. It offers an informal setting where delegations, OSCE institutions, and youth representatives can regularly meet and exchange opinion about the main issues related to the youth policies and the youth participation in the work of the OSCE. The meeting was chaired by the Spanish Permanent Mission and it was held last Friday, gathering a number of OSCE participating States and prominent speakers who are engaged in the work of the Organization.

On this occasion, 2018 OSCE Chairmanship-in-Office Deputy Permanent Representative, Ambassador Luca Frattini said: “We don’t want to corner youth in dedicated events, but to place ‘youth lenses’ when discussing topics of general concern”, underlining the necessity of shifting perception from youth as a threat to youth as a resource in societies. Italy, which is chairing the Organization this year, appointed four Special Representatives on Youth and Security, following the practice established in Serbia in 2015.

Our contributor, Mladen Milutinovic, representative of the Association for Development of Children and Youth – Open Club, presented main findings of the research on the social distance between youth from Albania and Serbia. “The highest social distance in Serbia was shown by the male population, living in urban areas, with higher education, who are employed. Young women with higher education from Albania (20-24 years) seem to be more ready to accept social relations with Serbs”, he emphasized.

Although this is the first research on social distance focusing solely on youth, it is not comprehensive and there is a need for further evidence to be found, he warned.

The FYS meeting ended with the screening of the documentary KISMET, produced under the umbrella of Humans of Albania and Serbia. The film zigzags between urban and rural areas of two Western Balkan countries, between traditional and digital, between pressures and innovations, old narratives and new chances, exploring similarity in the differences. 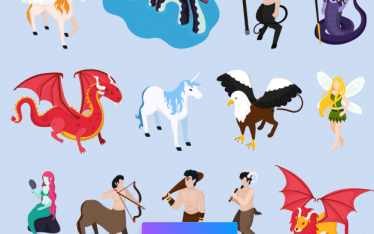 Which mythological creature from Albania and Serbia are you?
Myths and legends have always played an important role in people's tendency to explain the world around them, doings of nature and various (un)pleasant events. At the "melting pot" of Balkans where...

RYCO Open Call for Capacity Building Training for CSOs and Schools from Serbia
RYCO is launching the open call for participation in the capacity building training for project design in the areas of youth mobility, cooperation and activism in the Western Balkans. The... 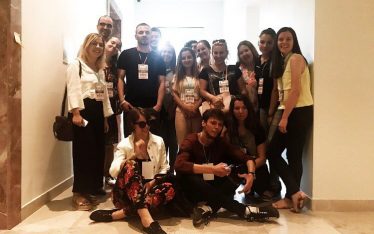 The Magical Three – Youth work with Albanians and Serbs provided me love and friendships
Whole ten years passed since I’ve started doing youth work. The beginnings weren’t easy, especially when I was implementing peacebuilding programmes for the first time in various local communities in...