Women of Albania and Serbia: We Can Do It! 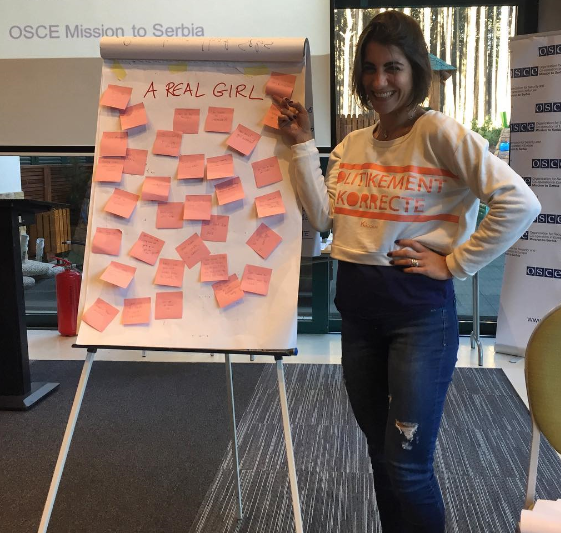 WHO: The Together Together CSO  from Belgrade, in co-operation with CEDRA Belgrade, Youth Center Brus, Tedx Tirana, Albanian Institute of Political Studies, Agrinet, and Youth Consultative Border of Pogradec.

WHY: The position of women – their experiences, problems and struggles which they face regardless of  age, nationality, place of residence, education, economic status and other characteristics in Albania and Serbia – is far from equal compared to men. Generally, there is a political will to improve women’s standing, for example, both countries have ratified the Istanbul Convention, however a rise in domestic violence has  been observed at the same time, which indicates that signing the Convention is not enough unless if followed up by developed mechanisms for its implementation.t. Unequal status of women seems to be a common problem for both societies, regardless of differences imposed by the national politics of both sides through socialization and education.

Youth, especially young women, have the potential to make changes in their societies. Co-operation between youth organizations from Albania and Serbia is by itself an important step in ensuring that young people take part in the struggle for more equal societies.

WHAT: The project “Women of Albania and Serbia: We Can Do It!” intends to establish co-operation between young women from Serbia and Albania, to raise awareness about the importance and benefits of gender equality, to enhance youth co-operation, and to initiate dialogue about similar challenges that women in Albania and Serbia face through the production of a documentary film in which women talk about their experiences. The film will consist of interviews with an equal number of women from both countries – women of different ages, backgrounds, educational level, locations, etc. – and will present their lives, include their past, and their current situations, and plans and expectations for the future. Through the film screenings and public debates, young people, as well as organizations and institutions dealing with youth, will be provided opportunities to speak openly about these subjects, and about the relationship between the two countries, which is also an important issue for both sides.

WHERE: various cities in Serbia and Albania.

Multiple screenings of the film will be organized across Albania and Serbia from September 2017. Stay tuned for updates on it and take part in public discussions which will follow. 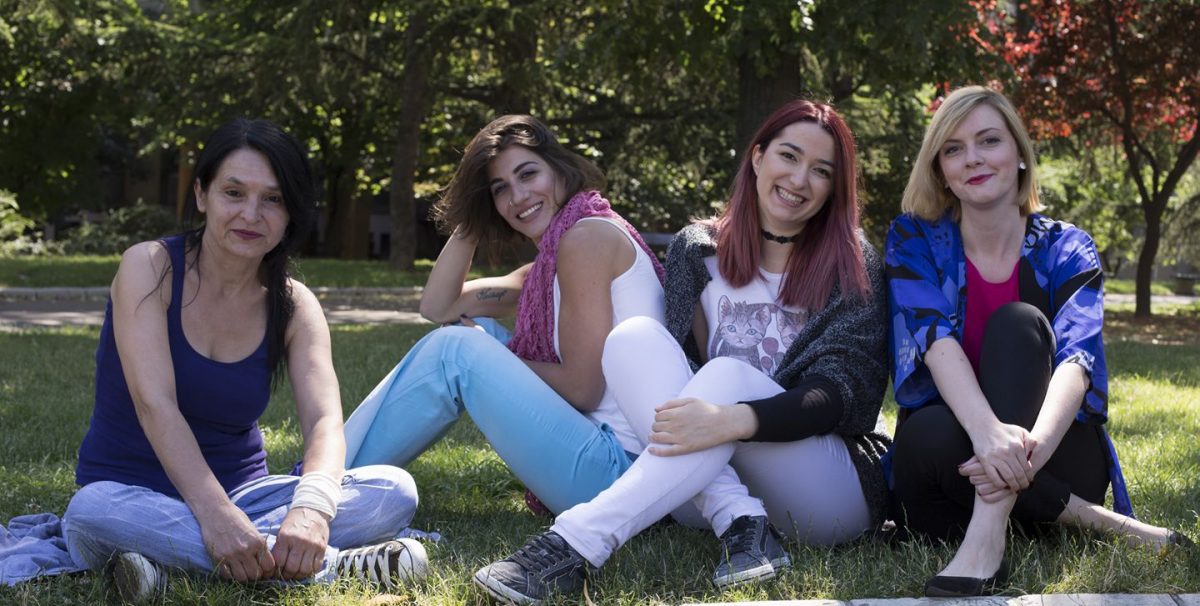 Creator of Kismet: Impressive journey with brilliant women who inspired me in a million ways

After just couple of months of both premieres (and more than ten screenings in both countries), it's a little bit difficult to collect all Kismet impressions on one piece of paper. So many brilliant women who worked on this, so many memories, so many wonderful moments... The Kismet wasn't the goal. From the start, it seemed... 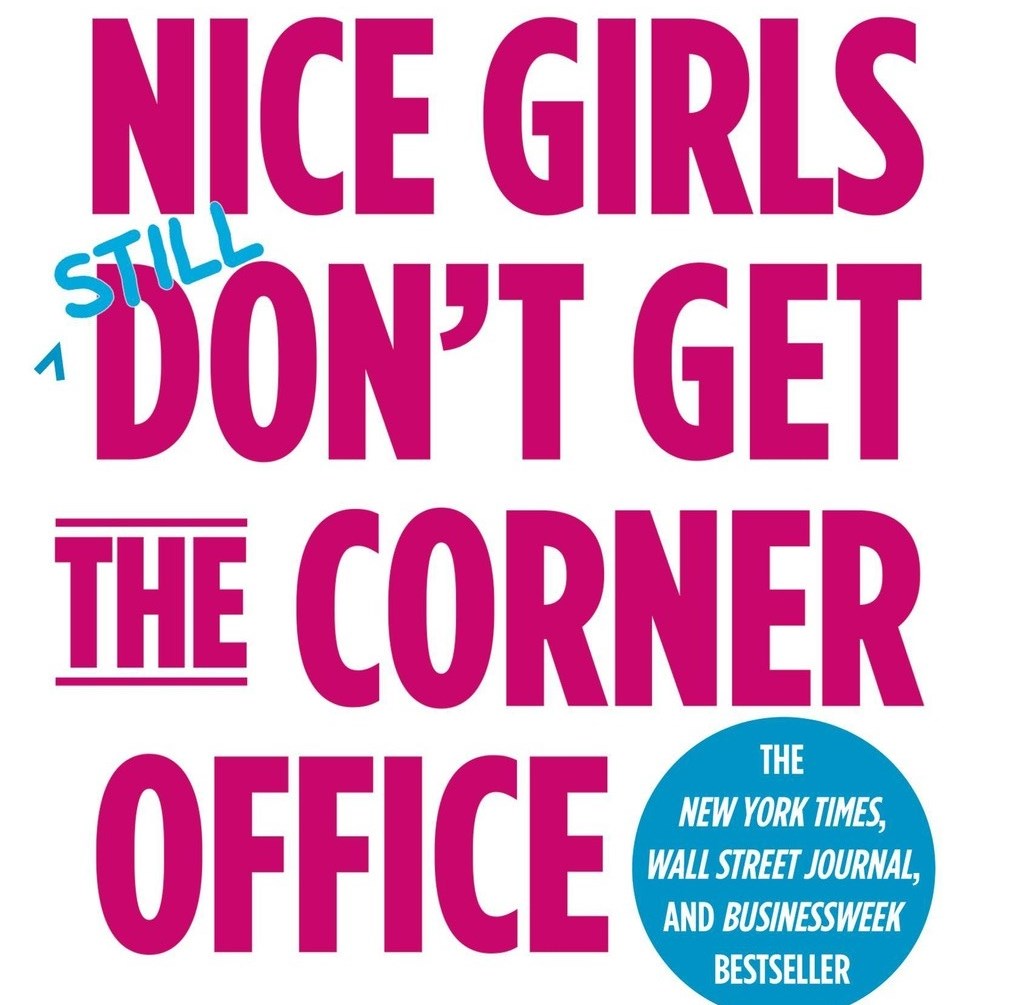 Are you being told you are not " nice girl " and "unladylike" in your professional life? Do you ‘chase a career, postponing growth in the birth rate of your nation’ or have guilt for not balancing work&family time well enough? Or perhaps you prefer to make your way by being soft-spoken, smiling and pleasing?...

INFOGRAPH // POLITICAL PARTICIPATION OF WOMEN IN ALBANIA AND SERBIA

You can always count on the International Women's Day to bring feminism and feminists to focus… and endless discussions on its negative connotation. I often hear comments, from both women and men, how they are into defending human rights but they wouldn’t call themselves a feminist. It’s a dirty word, it seems. The resistance to it...

Meeting with Italian Minister of Foreign Affairs: Movie on young women from Albania and Serbia as an example of good practice

Minja Mardjonovic, the author of the documentary KISMET and contributor of Humans of Albania and Serbia, participated today in a meeting with the OSCE Chairperson-in-Office, Italian Minister of Foreign Affairs and International Co-operation Angelino Alfano during his visit to the OSCE Mission to Serbia. (c) Faris Mahmutovic On this occasion, Minja had an opportunity to share...

KISMET – documentary about young women from Albania and Serbia // TRAILER 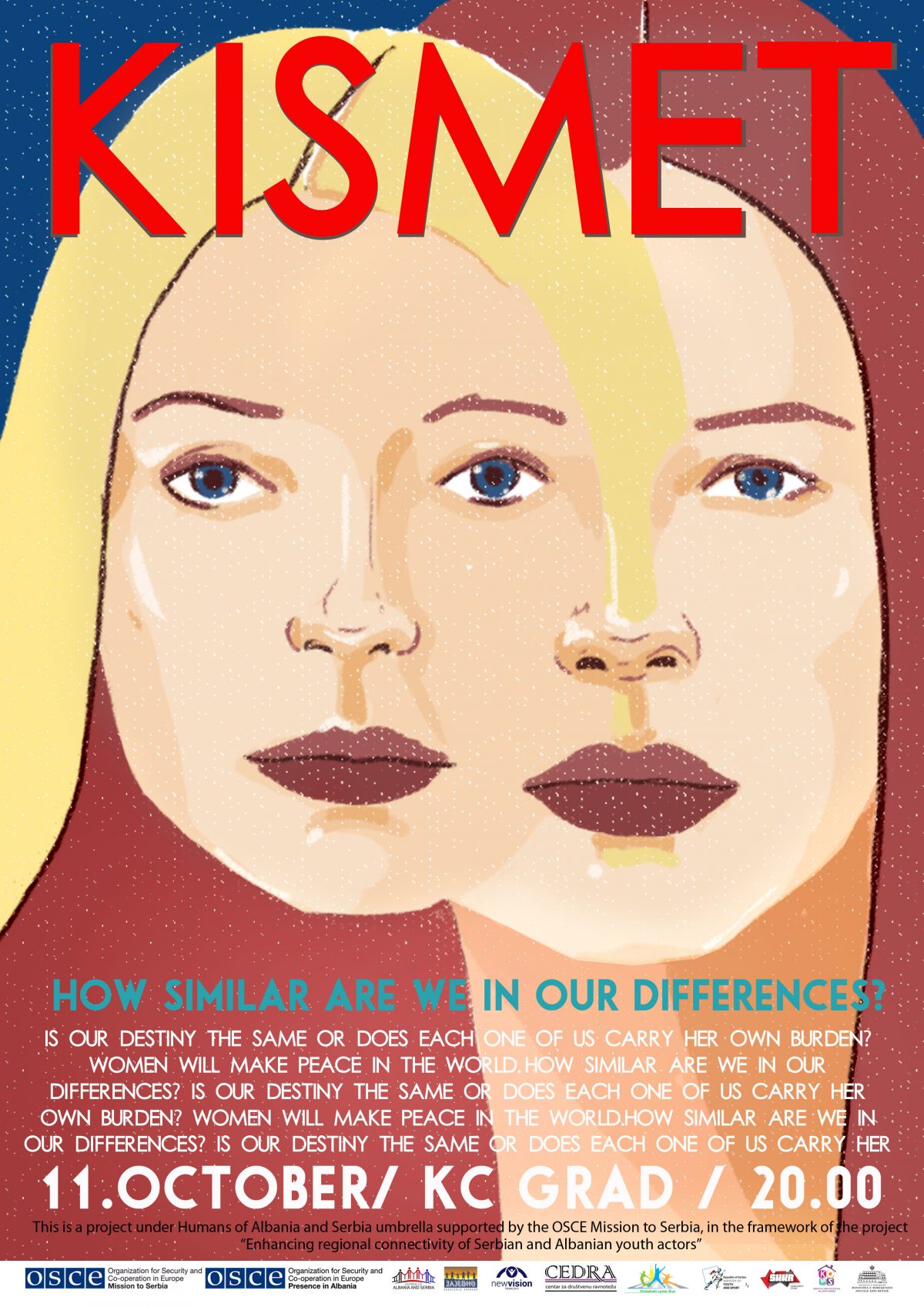 Kismet is a story about young women from Albania and Serbia and made by young women from Serbia and Albania, who strongly believe that youth co-operation and gender equality are preconditions for long-lasting peace and progress. The short documentary dives into lives of eight young women of different background and experiences, but all living in still... 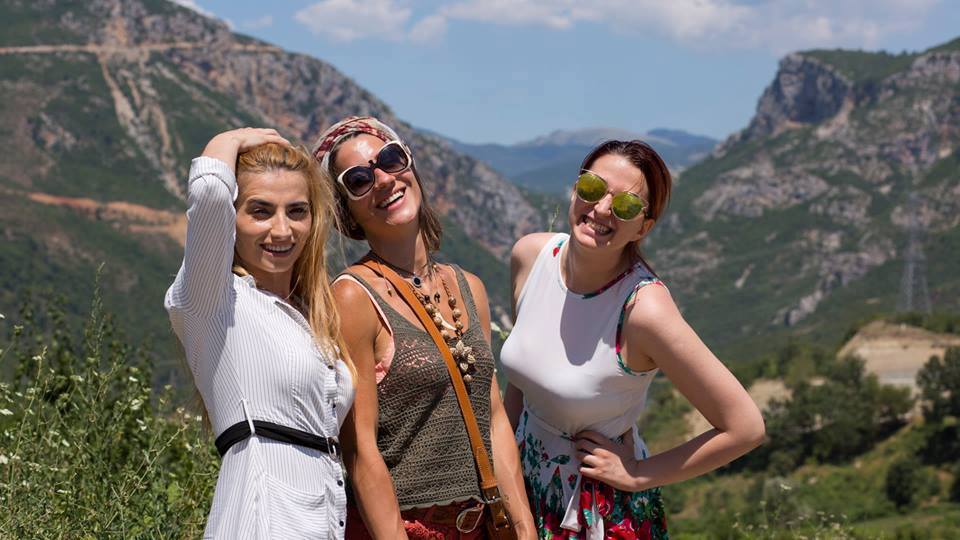 [Making of documentary on #albsrb young women] I'm sitting down, I'm writing my soon-to-be last words for this movie we're making - I'm translating it. Albanian to Serbian, Serbian to Albanian, and then all of this to English... And I think I'm gonna explode, but then again, I'm so happy I'm doing it... It's a...

This documentary is a women’s initiative. The idea from the beginning was only to have women working on this film. Women would participate directly in the making of the film and together they will show how much we are all similar although we are different, how common our problems are, and how possible solutions are...